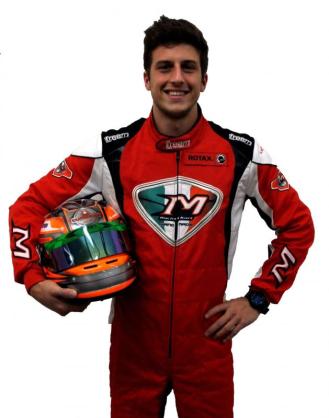 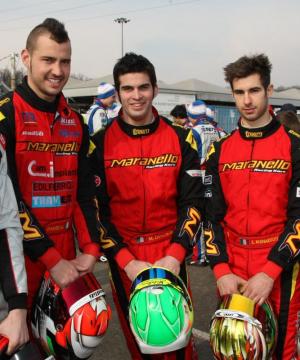 Maranello Kart is ready to face an important international 2014 programme with a works team made of Marco Zanchetta, Enrico Bernardotto, Massimo Dante, Mattia Drudi and the new entry Ryan Grant. The Swiss driver Dario Santoro will compete in the Rotax Euro Challenge alongside some other drivers to be announced shortly.

Maranello Kart is ready to face an even more challenging 2014 season as protagonist in all the International Championships, with the first class team of 2013 even strengthened ahead of this coming season, to aim to the victory and highlight the performance of the highly successful chassis made by the Italian firm. The new programme features a participation in all the main championships in KZ, that nowadays is the most performing category chosen by top drivers both at a national and international level. Maranello Kart is also to field a works team in the Rotax Euro Challenge. Marco Zanchetta has been confirmed as Maranello Kart’s works driver after being a strong protagonist of the past season. He will be supported by Team Gerber in 2014 and will compete in the Winter Cup of Lonato, all WSK series, the CIK-FIA World Championship, the Andrea Margutti Trophy and in the Trofeo delle Industrie. Enrico Bernardotto will take part in the same international programme while Massimo Dante, who came very close to the 2013 Italian Championship, will compete again in the Italian series, in the Andrea Margutti Trophy and Trofeo delle Industrie. The very young driver Mattia Drudi, son of the several times motor-sport champion Luca Drudi, has been promoted as Maranello Kart’s works driver after coming to the fore in 2013. He will be competing in the rounds of WSK, European and World Championship as well as in the Andrea Margutti Trophy and Industrie. An important novelty of the forthcoming season is the presence of the New Zealand’s driver Ryan Grant among the ranks of the team, after being among the absolute protagonists of KZ series of his country.  Grant will compete in a 2014 programme featuring WSK, Andrea Margutti Trophy and Trofeo delle Industrie. Moreover, Maranello Kart will compete in 2014 Rotax Euro Challenge with the Swiss driver Dario Santoro and other drivers that will be announced shortly.  Dario Santoro will also take part in the Rotax Italy and Rotax Switzerland Trophies. Following the very good and fruitful collaboration of season 2013, Stefano Griggio has been confirmed as Technical Director of the Racing Team and Alessandro Levratti as Team Manager and Technical Director for the Rotax programme. Maranello Kart would like to take this occasion to thank all the collaborators contributing the success obtained in the season just ended, looking forward to adding some further important results in 2014.