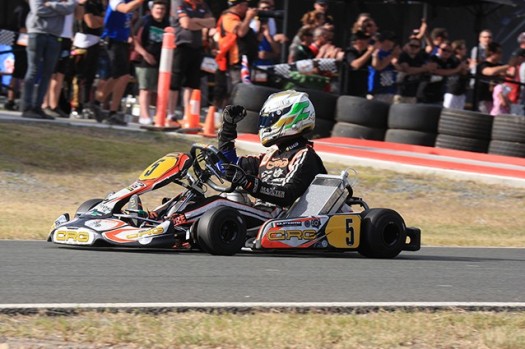 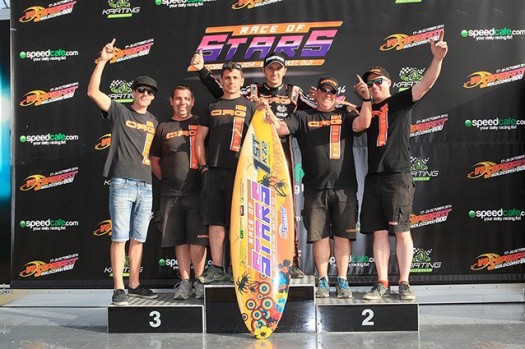 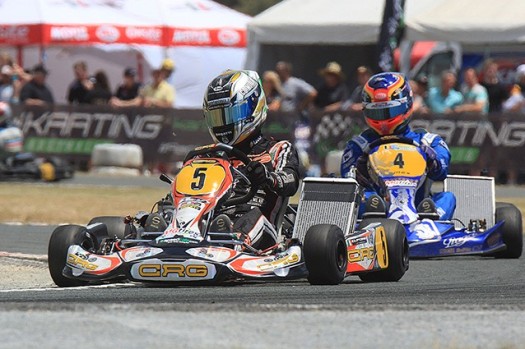 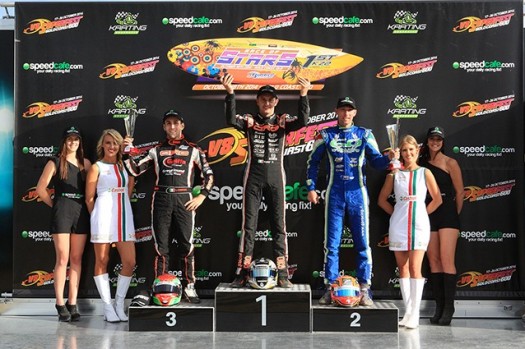 Davide Forè on CRG-Maxter took the victory in the Final of the “Race of Stars” KZ2 in Australia, leading Daniel Bray of GP Racing and Lorenzo Camplese, also on CRG.

Davide Forè got a very good result in the “Race of Stars”, the most significant and important event of the Australian karting season, that took place in Gold Coast (Queensland) last Saturday 18 October at the Xtreme Karting Complex of Pimpama. The event has been an International appointment organized for the first time with the presence of several European drivers of KZ2 in a joint round with other national categories.

Among the European drivers invited to the KZ2 event in Australia, alongside Forè, Lorenzo Camplese has been also racing on CRG in this occasion, and then Jonathan Thonon, Simo Puhakka, Daniel Bray, Marijn Kremers and others partook in the event alongside several Australian interpreters of the category.

Five times world champion Davide Forè got to Australia with the multiple-times winner CRG chassis pushed by Maxter engine prepared directly by the company and completed a fantastic weekend whereby he set the pole position, claimed the victory in all the three heats and then won the Final.

The race at the very quick circuit of Gold Coast has been a great one, with Forè dominating the initial part and then the final stages at the end of a good duel with Lorenzo Camplese, who headed to Australia after the second place at the CIK-FIA KZ2 International Cup of Sarno on Maranello, but this time he has been racing on CRG too. Camplese managed to get the lead for a few laps, but then had to give way to Forè’s recoup, before leaving the second place also to the New Zealand champion Daniel Bray, on GP Racing.

BRAY AND CAMPLESE ON THE PODIUM

An excellent Davide Forè went on clinching the top step of the podium and was celebrated with a typical Australian gift: a splendid and precious personalized surfboard. The second place went Daniel Bray’s ways and the third to Lorenzo Camplese, who pipped Jonathan Thonon at the sprint to the line, as the latter recovered a lot of positions lost at the start.

Davide Forè: “We came to Australia to win and give the people a show, I think we did that. I want to thank my mechanic Mattia, CRG Australia, Maxter and all the people that helped me throughout this amazing weekend.”

Darren King, Team Manager di CRG Australia: “The opportunity to have a driver of Forè’s calibre work with the team was inspirational. We pride ourselves on a high quality of work here and continually improving ourselves at CRG Australia, to be able to have someone of Davide’s experience work with us was just amazing.”