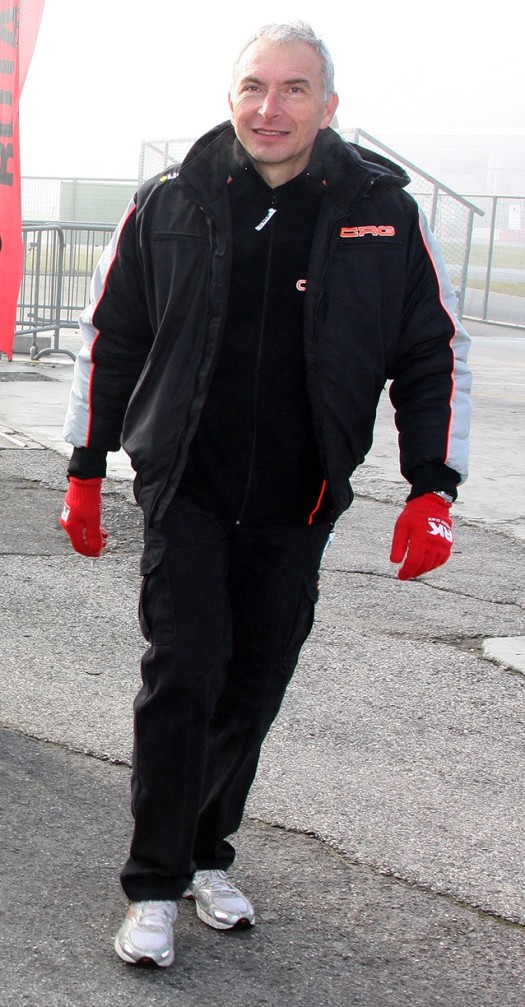 Giovanni Paterlini has left us, at only 57 years of age. His heart stopped early on Sunday 22 February, at the end of a series of prompt operations that unfortunately did not succeed in saving his life.

Giovanni Paterlini, 57 years celebrated last 5 February, was quite well known on the national and international karting scene, since when he started going to race tracks as a driver and then as a valuable journalist and photo reporter for important media.

He has been a collaborator of CRG S.p.A for more than 15 years with several duties, starting from communication and sporting photography and then on several primary technical sectors of the company, such has homologation and statistics, and then again still life photography of all CRG production. At CRG, he has managed and organized the Rotax Italy Trophy for many years.

In the 80s and 90s he has been CIK communication manager under the President Ernest Buser, and also collaborated with the Italian Federation. He has also collaborated for a long time with the weekly magazine Autosprint and with the monthly magazine Vroom since its first numbers. He produced countless articles on karting and his pictures have been published on the most important international magazines. In the past he also collaborated with Parma Karting to organize and manage the Andrea Margutti Trophy and the Industries Trophy and, together with Maurizio Flammini, Superbike’s events.

The funeral will take place on Wednesday 25 February in Reggio Emilia at 10.40 at the church of Rivalta, via S. Ambrogio, 1. His body is currently at the cemetery of Coviolo, via Martiri delle Foibe, Reggio Emilia.